These originally appeared on my old Dragon blog - some contributions are attributed to the username Zephyr - you know who you are and thanks again!

Putting Some Words On The Screen

The easiest way is to get something on the Dragon's text screen is the PRINT command: You can also add a margin For most control, use the PRINT @ command The number after the @ sign is the position on screen. Top left is 0 and the last character on the screen is 511. Try printing your name around the screen.

The Dragon 32 text screen is the most colourful of the machine's display modes. It provides a grid of 32 columns and 16 rows. Text and blocks can be printed on this screen in the same manner - the graphical blocks are just members of the character set. 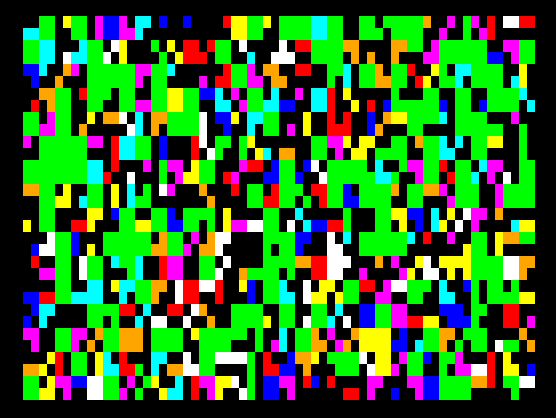 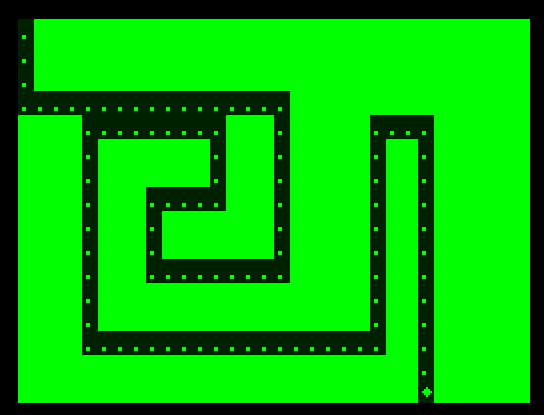 The following program shows reading the keyboard using a simple method. Each key press is discrete and you have to continually repress the key to move the asterisk character around. More useful in some situations is to allow the user to press and hold the button for continuous movement. To do this we rely on some PEEK commands which read the keyboard activity straight from the Dragons memory.

Make your Dragon Roar! Sound Command
The first value is pitch and the second is duration. This is most useful for notifications and small sound effects. Play Command
The play command acts more like a regular instrument with the standard notes. You can even change octave: You can also change the tempo. Advanced Sound


For more sophisticated music, DAMS and Composer were software packages that gave the effect of four different notes being played at the same time.

Joysticks are probably the most important input device for the Dragon for a number of applications from graphics to games. The Dragon supports two joysticks and they are named the left and right joysticks according to the port they are plugged into.

The Dragon's BASIC has functions for reading the joystick position. Oddly we are left peeking memory directly to decipher whether the button has been pressed. 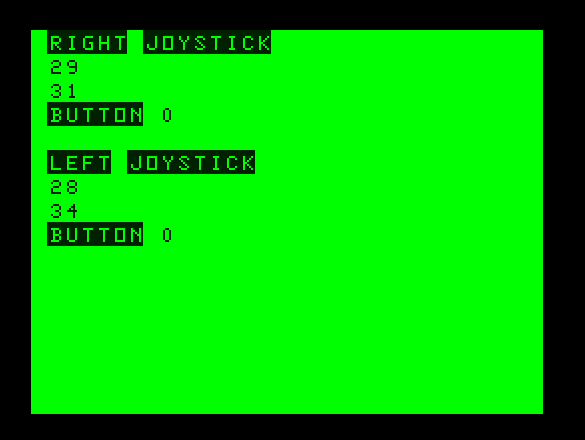 The JOYSTK function returns a value from 0 to 63. 0 and 1 cover the right joystick position horizontal and vertical respectively. Similarly 2 and 3 the left. Value 31 is the centred position. Please note the above screenshot was from an emulator and my XBox controller does not quite match a regular Dragon 32 joystick in the values it returns! Thanks to zephyr for the simplified button code! 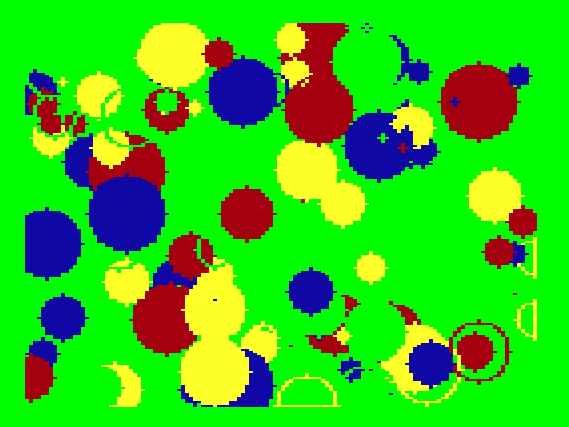 To start with we have a demo of how to draw CIRCLEs and how to PAINT them. This program uses PMODE 3 which has a resolution of 256 columns and 192 rows. In this mode (selected by PMODE in line 20) you can use four different colours including the background colour. This mode is often used in arcade games. A few other commands are worth noting. SCREEN switches between screens such as the text screen and the graphics screen. PCLS clears the current high resolution screen.